Radical innovation is more than a troubleshooter

The 21st century presents us with numerous complex challenges. We’re facing a climate crisis and other environmental emergencies. The digitization and its effect on our lives become increasingly demanding. All this is happening against the background of growing competition in an increasingly global market. Some consider radical innovation as a solution to these challenges. However, we should adopt a considerably broader understanding of radical innovation and its impact. This is because radical innovations also create novel ecosystems around them and can profoundly disrupt the way we live. They create new potentials and economic niches, but also new challenges. The emergence of such ecosystems is sometimes hard to predict, but that should not stop us from trying to shape the future, rather than letting it happen.

But how can this be done? How can we become aware of the societal and social repercussions of radical innovation? What kind of tools, methods, and mindsets do we have to cultivate and deploy to anticipate them and use them to our advantage?

Before we answer these questions, let us first consider how radical innovations changed our world, the way we live, and work.

Radical innovation can change the world in unexpected ways

Perhaps the most striking example of how radical innovation can change the world is the Internet. It is, at the same time, also a vivid example of the observation that radical innovations do not only solve the problems that they are supposed to overcome. Their impact exceeds what is expected of them.

The origin of the Internet was a project that had a simple goal: to connect research organizations across the US. As a result, ARPANET was created, which considered the predecessor of today’s Internet. The research was funded and facilitated by a research and development agency, namely ARPA (now called DARPA), whose overarching objective was to help US-researchers to catch up with the Soviet Union. Back then, nobody expected the emergence of the modern-day Internet. Moreover, nobody could have anticipated how much it has changed our lives for better or worse. These changes took us by surprise. And we still try to deal with them.

The Internet has not only fulfilled its original purpose of connecting researchers. It has also grown into a vast ecosystem with a plurality of economic niches to occupy. For example, the Internet has enabled the emergence of social networks such as Facebook. But things didn’t stop there. Facebook’s business model enabled companies such as Cambridge Analytica to use unprecedented volumes of personal data by exploiting a breach, selling it to political campaigners. Arguably, this contributed to the successful campaigns of Donald Trump, but also the Brexit-campaign.

There are also many upbeat examples of how radical innovation gave rise to entirely novel ecosystems. The iPhone gave rise to the iOS-App-Store, which launched in 2008 and now contains more than two million applications. Another example is Netflix. By introducing video-on-demand on the Internet, they not only changed the way we watch TV-shows but also how TV-shows get produced. Before its emergence, the single-narrative, continuous progression of TV-shows was an exception. Today this is not only taken for granted, but the production value of series has also increased considerably. You could almost say that Netflix has replaced the age of cinema with the age of TV show

Again, all this shows that radical innovations have substantially broader effects, creating entire ecosystems and novel niches around them (Cazzolla Gatti et al., 2020). But why should we pay attention to this fact in the first place?

Radical innovation is always a deep intervention in the world, which we often only learn to understand once it has happened. Roberto Cazzolla Gatti and his colleagues argued that one cannot anticipate the niches created by radical innovation. Rather, we find them after their emergence. They suggest that “[e]ven the most creative entrepreneurs do not so much create opportunities as discover already opened niches and ways to fill them” (p. 115).

So are we completely at the mercy of the effects of radical innovation? Do we have to be taken by surprise?

It depends on our mindset. If we assume a mindset of radical openness and pay attention to potentials, we do not only find obvious and ready-made niches. Instead, we find something more subtle that is hard to grasp at first. These so-called potentials “lie in the air” and are hidden “below the surface” of what is perceptible. One must first dive deeply into the field and sense it empathically to get to know it from within.

In many cases, a potential has its origin in almost unrecognizable changes, such as social values or cultural shifts. Since these changes cannot be fixed to a concrete event or a specific phenomenon, a “sense-making” process is necessary. “Sense-making” refers to immersion in and the active exploration of the subject matter. As a result, one gains a profound understanding of the object and its context. In this way, it is possible to identify what potentials are about: the potential purpose, value, or tacit need behind them. What could be an unoccupied niche? What implications does this have for the next steps of transformation in the present?

Most importantly, sense-making is not simply about “registering” potentials. It is a co-creative, human activity. This is exactly where we can reobtain our agency in the face of uncertainty. Assuming the just described mindset, we “learn from the future as it emerges” rather than be taken by surprise.

To give an example: the blockchain technology can be seen as a major trend that has dramatically changed the way we conduct financial transactions or contracts. It is standing to reason that we use this technology to address already existing problems, solutions, and approaches.

However, the latent potential of the blockchain approach is subtler and less perceptible: it touches on qualitative issues and, among others, questions concerning new forms of trust-building, peer-to-peer interaction, distributed processing, and decentralization. It raises questions about new designs for social contracts, new forms of economic management, cooperation, and knowledge work. Furthermore, the question arises as to how these subjects can be connected in a fertile way.

It is good to see that policymakers become more aware of the fact that radical innovation can have vast implications and lead to economic and societal disruptions, such as the cases above suggest.

Take for example the newly founded German Federal Agency for disruptive innovations Sprin-D. As far as we have seen, the agency is to promote the establishment of technology companies and arrange contacts with research institutes for them. It also provides them with the necessary funds to support the initially difficult and lengthy work on what they consider disruptive innovations. Yet, above all, the agency’s main focus seems to be on the major political challenges of the 21st century, such as climate change and other ecological upheavals, but also digitization. This is an objective that must be wholeheartedly endorsed. Even more so, Sprin-D is aware of the societal effects of innovation. It looks “for answers to the social, ecological and economic challenges of our time” and emphasizes the awareness of humanistic values.

We are happy to see these developments (or at least statements of intent). To make them succeed, it is most important, to also dive into the emerging potentials that are brought about by such innovations. They do not simply bring about “more” digitization or “less” climate change. Radical innovations do not only accelerate changes that are already underway – and above all, they do not reverse them. Instead, they create radically new niches, which often take us by surprise. We can, however, still master these developments by assuming a mindset of radical openness and deploy tools such as sense-making. Thereby, we can uncover hidden, tacit potentials and actively shape the future as it emerges. Drawing on radical innovation as a means to solve the world’s most pressing problems, only the right mindset allows us to stay on top of things.

Our answer to these challenges is leap, a time-tested strategic innovation method enabling our clients to “learn from the future” and to systematically generate radical innovations (see for example, Bene Pixel). Moreover, leap allows us to understand innovation as a holistic process and therefore to better anticipate and shape the subtle, far-reaching social consequences of radical innovation. 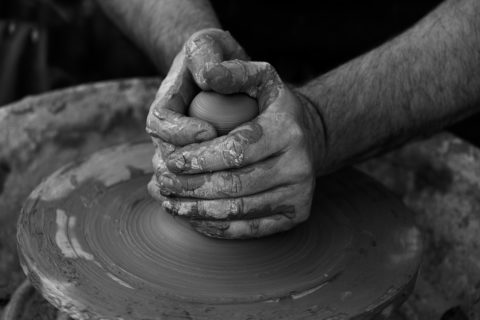 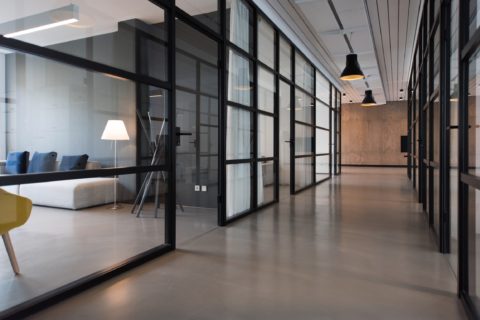