What Organizations Have in Common With Living Systems

The following article is the prelude to a series of blog posts in which we present 7 principles that future-oriented companies should comply with and that every organization should be aware of, if it wants to shape the future and not just be exposed to it  These principles are also the foundation of both theLivingCore’s way of providing services with our clients as much as its organizational culture.

But before we outline these principles, let us take some time to explain where they come from – or where we derived them from.

Our working methods and principles are based on a strong scientific and interdisciplinary foundation, which we are constantly expanding; we are adapting them to the latest scientific findings, constantly renewing them on the basis of our experience with various organizations and projects.  One of our basic assumptions is – as we will see in a moment – that we understand any organization as a living system, in other words, as a living organism interacting with its environment. In this context, two fields within the research area of systems theory and systems biology play a critical role: (1) the theory of self-organization and self-preservation of living systems and (2) the theory of anticipatory and evolutionary complex systems.

The (self-)organization of living systems: autopoiesis

The concepts presented above have far-reaching consequences for our understanding of life, from the individual cell up to the multi-cellular human being – but also from the individual human being to entire organizations. Moreover, the theory of autopoiesis allows us to view whole organizations as living systems, as autonomous “living beings”. Based on this assumption, social dynamics in organizations (this applies to families up to multinational corporations) can be described and explained in these terms of autopoiesis.

Considering the insight that autopoietic systems are deeply conservative and inert systems, one can better understand, why change and innovation often presents organizations with a major challenge. After all, resistance to change is “intrinsic”. A key question for us, therefore, is how living systems and especially organizations can overcome this resistance. In short, we’re dealing with nothing less than the scientific problem of explaining the conditions of the (self-organizational) emergence of novelty and renewal (of organizations). However, this first scientific pillar of our work is not the only one.

While self-sustaining abilities are an essential feature of autopoietic systems, they can also be understood as predictive and evolutionary systems. The ability of a system to predict the future enables it to react to the future before it has unfolded – and thus to keep its inner system state as constant as possible while facing a changing environment. Cognitive systems (like us humans) can master this ability, which is expressed, for example, in the fact that we plan over long periods of time and do not, at least not most of the time, live in the “now”. However, this is only one example of how predictive (anticipatory) systems work. In any case, they can anticipate their environment, their own behavior and thus also their behavioral interaction with the environment.

However, the activity of predicting often requires living systems to (a) deal with a yet uncertain future and thus (b) to come up with new predictions (or adopt old ones) for the purpose of decreasing uncertainty.

The mechanisms and principles that enable living systems to do this are of particular importance for understanding innovation. After all, innovation is a response to the future and is often based on unpredictable behavior of organizations, i.e. on organizational behavior that breaks with familiar patterns.

Furthermore, just as innovations arise from new patterns of behavior, they also bring novelty into the world – they change the world. And in order to anticipate these future changes, old predictions must change. The theory of the “Predictive Mind” describes how such changes in our predictions are regulated. As one of the most influential developments in cognitive science at the beginning of the 21st century, it represents a further foundation for our approaches and methods. In this context, we also speak of the so-called “Organizational Predictive Mind”, which describes the obstacles and resistance of organizations in dealing with novelty, innovation, and an uncertain future.

Ultimately, we also understand anticipatory systems as evolutionary systems. Organisms as well as organizations are situated in “evolutionary niches”. They are, therefore, embedded in their environment in a way that allows them to anticipate it (but also to anticipate themselves as part of their environment). However, far-reaching ecological changes can destroy these niches and force the embedded system to evolve, so that it can withdraw into or even create new niches. Hence, it is possible that living systems, such as people and organizations, create their niches themselves. They do this with the help of “artifacts”, i.e. with man-made objects or technologies that change our environment in ways that new habitats or markets are created for people and entire organizations. One of the most impressive examples for this is that humans came to inhabit the coldest areas on planet earth, creating this new niche by wrapping themselves in clothes. To give you another example, imagine for a moment a life without your smartphone – and think of the wealth of new niches it has created ever since it was invented and how much this technological revolution has changed our world.

In short, the ideas we describe here are the scientific attempt to understand how organizations organize and thereby sustain themselves. Only when we understand why we, and why organizations tend to be conservative and strive for constancy/stability, we can gain a deep understanding of organizational change and innovation; only then we will be able to develop strategies for bringing about future-oriented innovation and change.

The principles underlying such strategies will be presented in the following blog posts.

In case we caught your attention, you should not miss out on this New Yorker article about the philosopher and cognitive scientist Andy Clark. He is considered one of the most important advocates of the idea that cognitive systems are, by the same token, predictive systems – and as such he attracted considerable attention even beyond academic boundaries. 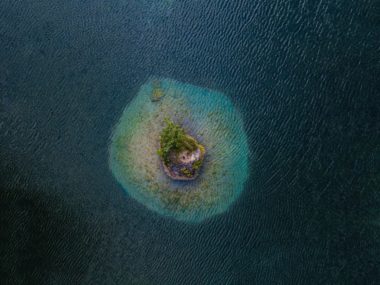 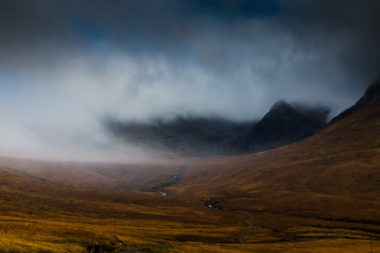 Meaning & purpose: Innovation from within 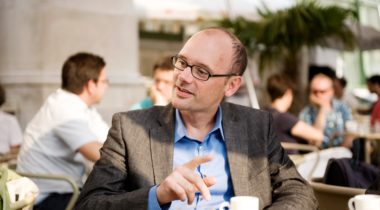 We Bring the Future Into the Present – Interview for TOP LEADER