Over the past years, human kind has invented a variety of helpful tools. What we haven’t figured out yet is an answer to the question as to why humans do exist. Edge published a conversation with Kai-Fu Lee on his thoughts about the relationship between AI and the human existence: “We are here to create”.

Gathering a lot of insights in the development of technologies such as machine recognition systems, statistics, programming, neural networks, and deep learning within the last decades, Kai-Fu Lee has strived to answer one question: why are we here?

The “if, then, else”-rule: inspired by the brain, transferred to computers

His assumption was that we would have to first figure out how the human brain works and then how computers could become as smart as our brain; in a next step, the challenge would be to investigate how computers could substitute the human brain: “The belief at one point was that we would take the human intelligence and implement it as rules that would have a way to act as people if we provided the steps in which we go through our thoughts”. However, after working with this assumption for a while, Kai-Fu Lee and large parts of the AI community found out that there were just too many rules that govern the human behaviour. Kai Fu-Lee had to acknowledge that its classical rule-based approach (“GOFAI” [Good old fashioned AI]) was just too simplistic and mechanistic. They found out that our world was simply too complex and the level of uncertainty too high to explain it via symbols and rules. Hence, they found it impossible to build a rule-based engine.

Another attempt was to make use of use some kind of statistical or machine learning approaches. Their idea was to collect a large data set from real world events or experiences and then train the system on these data. It was to become the first example of a speaker independent language recognition system, which is still used as a voice interface in many products. The most famous voice recognition systems up until today are voice assistants such as Apple’s Siri, Google Home, or Amazon’s Alexa/Echo. Even though the idea is still in place, this attempt to invent a machine, which would substitute the human brain, has failed as well. We are simply using too many words – neologisms, made up words, etc. – and only humans can understand infinite vocabulary.

In a next step, the AI community turned to a version of convolutional neural networks, which came to be the dominant technology. It can be understood as a statistical and neural net-based machine learning process. But: “Humans can see maybe hundreds of faces and start to recognize people, but these deep-learning neural networks would love to see billions of faces in order to become proficient. […] Of course, once they’re proficient, they’re better than people.”

There exist a vast range of new technologies, which are based on this idea and used to train on speech, image and face recognition as well as for searching and predicting. One of many breakthroughs came with the creation of new algorithms (so called “convolutional neural networks”) – nowadays known as “deep learning”. The concept of deep learning describes the process of teaching a machine how to learn. The most famous example for this is AlphaGo. Kai-Fu Lee summons up the development in his words: “The neural nets and statistical approaches were right, we just didn’t have enough data, enough computer power, and enough advancements of the technologies at the time to make it happen. But now we do.”

Who are we and why do we exist?

Despite all these fascinating and mostly successful technological innovations, and even though Artificial Intelligence seems to be taking off everywhere, we still don’t have a final answer to the question about human existence. We are quite convinced that AI/deep learning will not be able to give us this answer. What interests us, however, is that we can learn a lot about human existence in studying AI, thus advancing our understanding of as well as our proficiency in designing such intelligent machines. This reveals a lot about how we interact with humans. As humans, the interaction with and the pro-active shaping of our social and technological environment have always been at the center of our activities. Human history can be seen as learning path of these kinds of interactions. This path has led to the point where we have to learn how to deal with machines that are becoming better than us in certain aspects of our intelligence.

One thing we know for sure is that AI still is a purely physical machine, which is based on computation; furthermore, we always have to be aware that it is a tool that has been designed by humans in the service of a more or less specified task. AI cannot love, cannot empathize with others, does not have qualia (= subjective, conscious experience), “real emotions”, or self-awareness. For the time being, we therefore share Kai-Fu Lee’s assumption: “Perhaps it is the ability to create and the ability to love that are the reasons why we exist”.

Read the whole conversation with Kai-Fu Lee: Edge: We are here to create 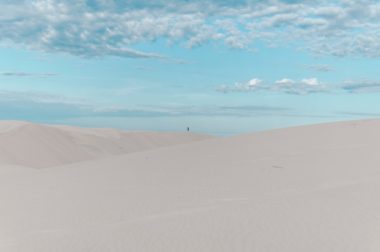 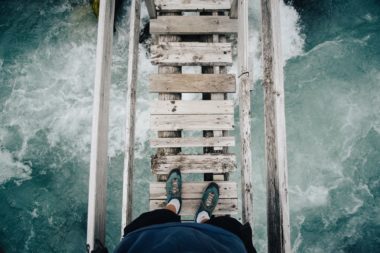 How to Benefit From the VUCA World