The Rural Revival: Can We Make Village Life Work Again?

Strolling around in small, provincial villages and towns across Europe has become increasingly depressing over the past decades. Deserted local centers with empty, dusted shop windows and little daily activities to observe have created the characteristic picture of contemporary village life.

The city’s promise of economic and cultural prosperity, social attachment, and lived liberalism has attracted plenty of young people to realize their dreams there. The proclaimed theme of “a city’s air makes you free” propelled the continuous trend of rural exodus and urbanization.

Over time, Europeans have turned into a primarily urban population. By 2020, 40% of the European population lived in cities, 32% inhabited suburbs and towns, whereas only 28% lived in rural regions. European capital cities, such as Berlin or Paris, are even growing at a pace where it’s difficult to adequately adapt infrastructures, housing, and care services to the vastly increasing demand.

They attract educated, international people from diverse backgrounds and are turning into hubs of scientific, cultural, and economic innovation. It is estimated that in thirty years, more than half of the population of the EU will live in urban environments, while rural zones are planned to have eight million fewer habitants.

Such misery of rural depopulation is particularly perpetuated due to a “vicious circle of decline”. Most of the people that migrate from villages to cities seeking job opportunities and prosperity are generally young, leaving behind regions with decreasing birth rates, negative natural growth and an aging population.

Consequently, rural areas are suffering from lower economic dynamism, which cascades into lacking infrastructure and a degradation of public services like schools and health facilities. To just name one example, as we were recently told by a major of a small town: building an indoor swimming pool would be a financial suicide.

Next to economic suspension, deserted and shrinking towns, the trend of urbanization also fosters a growing cleft between rural and urban populations, bringing to light a new, central societal conflict. The observable political divide is illustrated, for example, by British provinces voting for Brexit or the relatively rural regions, in which Donald Trump mobilized most of his voters. Similar observations were made during the recent French national elections.  Altogether, these dynamics have collectively pushed many rural villages and towns on the brink of extinction.

Despite these cascading trends and estimates, we have recently sensed new breezes of changing attitudes among the typical city dwellers. Some of those, who have enjoyed the vibrancy and livelihood of their buzzing neighborhood streets in the past, have started to rethink and question the compromises on which they have been living.

Real estate agencies across Europe have noticed accumulating requests for properties in rural and suburban areas. For instance, the demand for residential properties in suburban Vienna has increased by 54% from 2016 to 2020. Might the rural-urban flight reverse?

There are many long-standing reasons for the seeming urban exodus. Rental prices in cities have skyrocketed, pushing many citizens, unable to find sufficiently big and affordable flats, into precarious living conditions. Even though the eye-watering housing market situation has piled up over the past years, it has mainly constituted a substantial threat to citizens from lower-income classes.

At last with the advent of the COVID-19 pandemic, the dream of the free, self-realizing city dweller has also started to crumble. The intimidating risk of an unknown, contagious virus as well as prolonged lockdowns, have elicited desires for calmer, greener, more spacious, and intimate living environments.

However, the shift in living preferences might not only be driven by the lacking quality of city life. The global pandemic has added feelings of loneliness and anonymity on top of the iceberg of frustration and alienation that has already long ago started to grow among many urban citizens. Individualistic lifestyles are particularly present and lived in cities.

Districts are changing and fluctuating at a pace almost impossible to follow up and neighbors, who have been living next door for a year without exchanging a word in person, is not a rare phenomenon anymore. In addition to that, digitalization, further advanced by COVID measures, has progressively led to a shift of work, leisure, and even service activities to the online world.

While these (digital) transformations undeniably enabled and supported many companies and individuals to sustain, organize, and expand themselves more independently, especially in times of crises, they have also thrown us into unknown territories. The flood of fake news and conspiracy theories as well as the devious market of private data selling have reinforced our relationships with values such as trust, authenticity, and solidarity.

Might the thriving digitalization in times of a global crisis, hence, re-introduce the renaissance of provincial life?

How to Revive Village Life?

Digitalization not only serves as the fuel that pushes citizens out of their cities to evade loneliness but also provides the stepping stone that allows them to do so in the first place. Airbnb, for instance, just recently announced to allow employees to live and work anywhere. Thus, the possibility to work remotely has removed the necessity of living in a city to be part of a prosperous job market.

However, city suburbs are now attracting mostly the rather economically privileged urban migrants. As they are already closer to nature without the expense of poorer medical, educational, or transport infrastructure, they emerged as attractive “light versions” of provincial life.

A continuation of these movements would further intensify the urban-rural divide instead of reviving the deserted villages. Thus, the looming trend of urban exodus needs to be cushioned in a way that allows rural villages to revive and develop authentically as well as sustainably.

Provincial areas have to be equipped with the infrastructure necessary for attracting long-term urban citizens even beyond the city’s suburbs. At the same time, the local community should not be left out. Rather it should be integrated with shaping the continuous revival process according to its needs and desires.

In recent years, multiple promising projects have already started, hoping to bring rural areas back to life in a more sustainably planned way. Among many others, the social project and network Neulandia, for instance, has launched two projects: “KoDörfer” and “Summer of Pioneers”.

“KoDörfer” attempts to combine the best of both worlds: rural, calm, community-driven housing and creative, vibrant life among like-minded people with sufficient infrastructure. As a cooperative project, the newly emerging KoDörfer consists of several small, ecologically-built wooden houses located around big community areas and jointly used spaces. As they are built from scratch, future inhabitants are largely involved in the planning process and can collectively decide how they want their future KoDörfer to be set up and function.

In contrast to that, the “Pioneers of Summer” project focuses on reviving already existing, struggling villages. The idea is to provide a group of creative, urban citizens with the opportunity to spend a couple of months in one of the participating villages to “try out” the provincial lifestyle. They should thereby be motivated to engage with the local community and come up with ideas and plans on how to restructure the village’s infrastructure according to everyone’s needs.

There are many more fascinating projects out there. Nevertheless, it remains undeniable that the renaissance of provincial life asks for careful and thoughtful planning as well as innovative ideas. We at theLivingCore are currently involved in a similar revival project in Vorarlberg, which we will present in a couple of months. 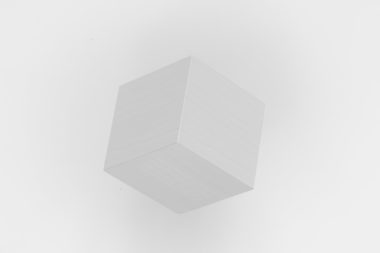 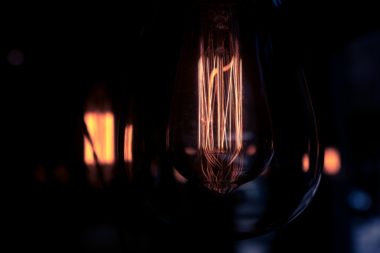 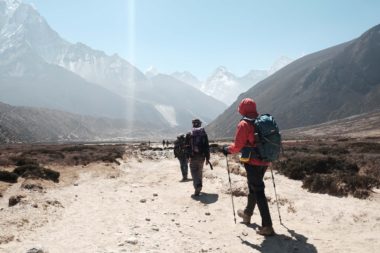 How to Build High Performance Teams