This is a blog post in a series in which we introduce you to our guiding principles – principles we apply to ourselves and other organizations in their pursuit of radical innovation and change. This time around, we take a look at a centerpiece of our organizational thinking: latent potentials.

To begin with, potentials are difficult to describe. It is in their nature. They are latent in our world (in our organizations and their processes). They are hidden from our view, especially if we are not trained to seek them out. So what are they? Potentials are not yet realized, barely visible opportunities. They are niches unseen and unoccupied. To sense them, one cannot just look into the past, nor into the present. In fact, one can only see them by experiencing “what wants to emerge”. In other words, one must “learn from the future as it emerges”.

Such potentials are essential for thriving, radically novel, and meaningful innovation. In what follows we will show you why.

The unpredictability of radical innovation

Let us first turn to an essential feature of successful and truly novel innovation. Oftentimes, innovation processes look at the past to create, more or less, a version of already existing products or services. Such innovations simply lack the feature of true novelty. They are simply expected and predictable.

However, that is not to say that successful innovation is just about creating the unexpected: it doesn’t suffice to simply surprise. History is full of highly unexpected, yet uncalled-for and needless inventions.

Considering this, it is even more impressive that truly successful and radical innovations feel like we needed them all along, even though we didn’t know we will need them. They were unexpected. Yet, they are not arbitrary gadgetry. They are deeply meaningful and meet human needs we’ve not been  aware of in the past – or didn’t even exist in the past. Once radical innovations emerge, they feel like they are here to stay. They feel like we could have foreseen them, and yet they emerge as a surprise. How then, can we bring such innovation about? How can innovation be both profoundly purposeful and radically novel at the same time?

Where does radical innovation come from?

Even if successful innovation is hardly predictable, it does not come out of nowhere. Rather it emerges from future potentials. A key insight is that such potentials are, in a sense, intrinsic to what is already there. To take an example, a piece of wood might have the potential to become a table or a bowl. Moreover, potentials grant us a deeper insight into the essence of things – and an understanding of what they can become. Hence, if innovation emerges from potentials it is never completely detached from existing things – and still radically novel.  (A great entrepreneur, then, is just has a deep sensitivity for such potentials, recognizing them earlier than others.)

Philosophically speaking, potentials mean that things (such as products, services or entire organizations) have an intrinsic capacity that may (but does not have to) unfold – if so, this would reveal their true nature. Along these lines, Kauffman (2014) draws the distinction between (1) what is there and (2) what is possible. He distinguishes between so-called actuals and possibles. Actuals are things that are already there. They have already been formed and are thus (materially) determined. Contrary to actuals, possibles are open to developing in various ways and directions. Such possibles are intrinsic to (and latent in) actuals, yet also dependent on the actual’s environment.

What is also relevant at this point: Radical innovation does not consist of something that the world has never seen before. Rather, it is based on a smart and coherent, yet unexpected integration of (partly) existing elements. (Just think of Apple’s iPhone or its App Store.)

However, the fact that potentials are to a certain extent inherent in things that already exist does not necessarily make them visible. Rather, potentials are hidden from plain sight. Just like we might not be able to see a bowl or table in a raw piece of wood, it can also be hard to sense potentials. Another example is Michaelangelo’s sculpture, David. Michaelangelo is quoted to have said the following about it: “David was already in the stone. I just took away everything that wasn’t David.” It is exactly this ability to see David where others only saw a piece of rock that distinguishes the perceptive artist  – and also great entrepreneurs.

This is why potentials are said to be “latent”. The challenge, then, is (a) to identify these hidden potentials and (b) to cultivate them in a non-imposing manner so that they can develop into “interesting” and sensible innovations.

In what follows, we will show you two things. We will introduce you to some real-world examples of potentials to make them more graspable and we will then show you how one can “sense” potentials even though they are hidden away from plain sight.

So far, our depiction of potentials has been fairly abstract. Let us provide you with a real-life example. Let us take the internet. For a long time, the internet has been a stockpile of websites and a means to communicate by email. Though highly useful, some argued that the internet will remain a fringe phenomenon that will not catch on – and will not turn into a mass medium.

Yet, the internet was endowed with latent potentials that changed our lives profoundly once uncovered. One such potential gave rise to social media. The Internet provided the technological means to connect billions of people. But it did not initially create the need for people to connect in this deeply social and interactive way. The Internet’s technological foundation alone was not enough to create such a  need. Rather, it took entrepreneurs who recognized this radical connectivity as a potential and put it into action. They created social media platforms that thrived on the Internet’s potential to connect people in deeply meaningful ways.

A convincing success story from the beverage market is the Bionade brand. The product is a real innovation and picks up on consumers’ health orientation without being boring or lecturing. Before the introduction of Bionade, its producer, a small close-to-bankruptcy brewery in Bavaria was experimenting with ingredients of their already existing products. The result was a non-alcoholic, organic, fermented beverage that took root in a whole new niche. As the zeitgeist of the early 90s already recognized the importance of organic products and the increasing relevance of physical fitness and health, the market already held the potential for Bionade.

While these are clearly great success stories, the question is how to proactively enable such successful innovations. And how to identify such potentials.

How do companies sense potentials?

One can not reveal and access potentials simply by conducting wild brainstorming sessions (Paulus, Dzindolet, & Kohn, 2012) or “out-of-the-box-thinking” exercises. Instead, we believe that one must identify, thoroughly investigate, and understand potentials (that are partly already there, even though they may not be evident).

Again, a potential is subtle and “under the surface” of what can already be perceived. So in order to sense them, one needs to immerse oneself in the field, explore it with empathy, get to know it “from the inside out”. Many potentials have their roots in changes that are now hard to recognize, such as changing social values or cultural shifts. One example of this is the growing culture of health-awareness and bodily fitness that enabled the growth of Bionade.

Such (cultural) changes cannot be pinned to a specific event or phenomenon. So to become aware of such changes, a “sense-making” process is required. “Sense-making” is a process of immersing oneself in the topic, of gaining a deep understanding of the subject and its context. Most importantly, sense-making is not only about identifying what is already there. It is a highly co-creative process in which the participants and their subject matter evolve in a mutually transformative way.

Finally, we would like to show you an example from our own practice.

Let us first set the stage. About 10 years ago, activity-based working was not quite a thing yet. The office, back then, was more or less static. A place where people could stay put to get their job done. In this climate of inertia, a shift towards flexibility and free movement across the office space was looming. In the world of office space design, the need for free movement and flexibility in the office was first only understood as a bodily demand: physical movement can increase workflow efficiency (meaning to work at the best place for a given task.

Together with the office furniture manufacturer BENE, we went much deeper, looking for the potentials hidden in the trend that led to activity-oriented work, thus going beyond the rising trend. In a leap project, a team member  identified a latent future potential she called “movement as an enabler for sustainable learning.” The potential gave rise to the idea that movement in the office space is not just about physical activity. Rather it shows the fundamental connection between physical movement and our minds.

We need physical movement and freedom to take us into unknown territory – and this is true for both mental and physical exploration. Our need for free movement in office spaces is at the same time an expression of mental freedom and a longing for creativity. Movement is exploratory, a vehicle for the creative and learning mind as a foundation for the desired (digital) transformation. But there is more to the potential. The leap process has positioned BENE as the leading office supplier for creatives by developing a simple product; the BENE cube.

The cube acts almost as a Trojan horse to allow the much longed-for but difficult-to-achieve digital transformation to emerge from the bottom up. In this way, agile working emerges naturally and from within. You probably wonder where this took us at the end of the day? If you are interested, just take a look at our project page.

To conclude, a deep understanding of hidden future potentials lies at the heart of our projects. Potentials are the bedrock of meaningful, purpose-driven innovation but also change processes. They allow us to cultivate “what wants to emerge” and create innovations that are novel, but also sustainable and fruitful. In case your interest has grown, you will find more on the subject in our blog posts “Innovation Strategies”, “Innovation Challenges” and “Innovation from within”. 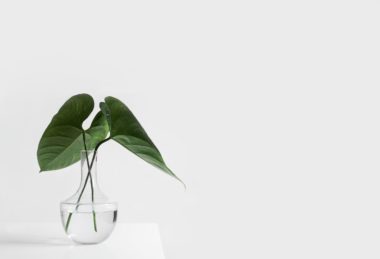 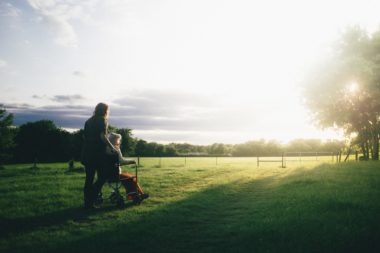 The Elisabethines: Creating a Human Hospital of the Future