Shelter Ester is a day center for homeless women, open 365 days a year. It provides shelter for women off the streets as well as basic services: the possibility to rest in a dry, warm room, amenities for personal hygiene, clothing, and food, as well as counseling and medical support services.

Until recently, the home of Obdach Ester was in Vienna’s 6th district. Then, in 2021, the move to “Cape 10 – House of Social Innovation and Future” took place in the 10th district. We had the privilege to accompany the team of Obdach Ester during the move and to support them in integrating the many aspects of this change process in a meaningful way. In a conversation with Kibar Dogan, team leader of Obdach Ester, we review the year.

The 4 Challenges of Obdach Ester Move

Asked about the challenges that such a move brings, Kibar doesn’t think twice and names four.

“Looking back, I would definitely call that time a big challenge,” Kibar says. “When everything changes at once, it’s an opportunity, of course, because you can take a really big step into the future – but it feels uncertain for long stretches.” The responsibility to bring the project to a successful conclusion was also a burden. Had it failed, it would have jeopardized the success of the entire project. And that’s where Kibar sees a big advantage in dual leadership.

“I find dual leadership immensely valuable. You can exchange ideas, step in for each other, divide up tasks, make decisions together. And, probably the most important thing for me, you’re no longer so lonely as a leader,” says Kibar.

How to Make Dual Leadership Work

We ask what it takes for dual leadership to work and get a clear message.

And yet, dual leadership is still an exception in organizations.

“On the one hand, the self-image of managers certainly still gets in the way. Dual leadership is not for ego leaders. Dual leadership is about letting the other person shine as well,” Kibar emphasizes. In addition, however, organizational framework conditions must be created that allow and support this change in the self-image of managers; for example through training programs that are not primarily aimed at training new methods, but rather at building reflective skills and fostering personal change at an attitude level.

Advice for Leaders in Change Process

We ask, “What kind of advice would you like to give other leaders who are facing a change process?”

Kibar doesn’t think twice: “What really helped was that we planned for it a long time. For many innovations, we worked out processes together, discussed them several times, and tried them out. Things always turn out differently anyway, but having a basis from which to improvise gives you security.”

“The status quo meetings at your (theLivingCore) office were always special. It was like going to an island, emptying out your mental takeaways there, re-sorting them, and then going back to everyday life with a new order. That was extremely helpful. The team retreats were also such a time-out, and we should have done more of that: taking time to discuss fears and wishes. And to remember for whom we are doing this: for our clients.

What I remember most is that you always made the retreats very diverse; but never with exercises that made you feel like you were supposed to make a fool of yourself. The work throughout the process was always characterized by appreciation, sincere interest in the people, and a desire to involve everyone in a meaningful way.”

At Shelter Ester, everything changed at once. Anyone who stops by the new home in Cape 10 can see that it was a change for the better. Because that’s something we now know from our work with Fonds Soziales Wien: In a crisis, these people rise above themselves and, with heart and courage, accomplish things that seem impossible! 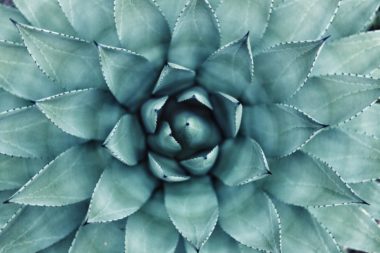 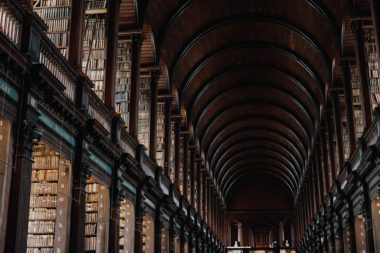 Future Learning Landscapes: What should a university of the future look like?